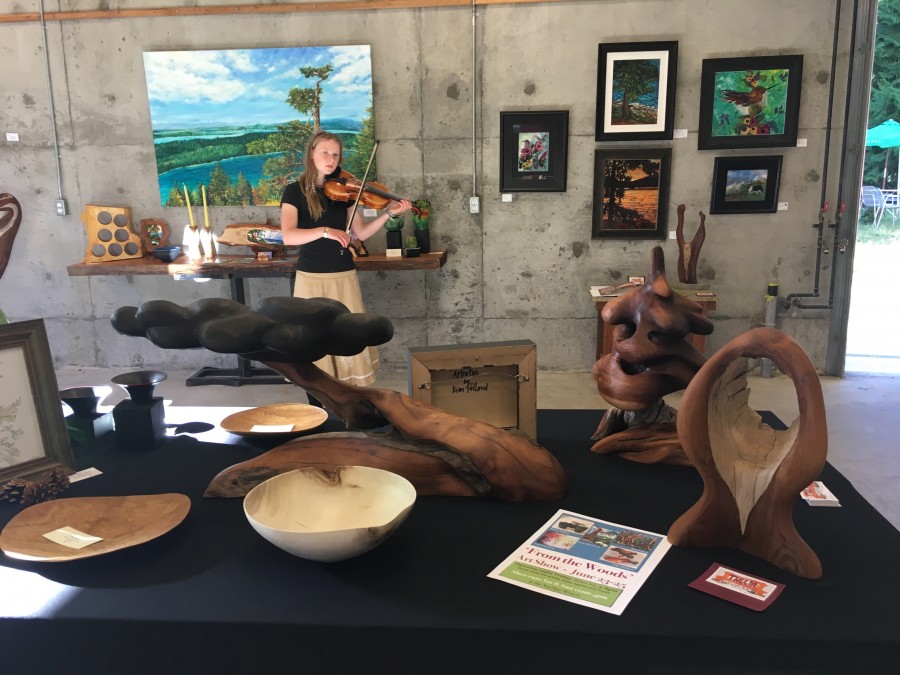 From the Woods- A collaborative art show 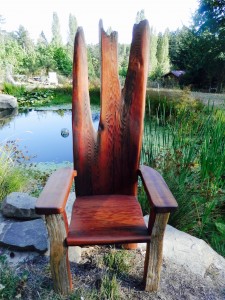 Colin’s sculptures and furniture were once again shown at Pender’s local winery, Sea Star Vineyards, alongside four other Pender artists.  The June 23-25th show titled ‘From the Woods’ featured paintings by Kim Pollard and Carol Davidson, wood turning by Robert Wilman, and multi-media creations by Bea McDowell, which filled the gallery space provided by the winery from Friday evening until Sunday afternoon.  A new collection of sculptures were featured alongside some classic pieces like the Fairy King’s Throne and Transition.   Several new sculptures including a new tree called The Laughing Tree, has already sold!  The sculpture that was made as a photography project with Amber (see recent blog post) called Fire Dance 2 was also displayed.  Portal was carved from a fun piece of cedar that had a hole in the centre where a knot from a branch was at one point.  One of the highlights was a new collaborative piece with Lenka Suchanek called The Offering, in which Colin made a mandala frame and Lenka created a wire lace mandala in the center.

The overall collection of pieces was an engaging display of vibrant thematic colour tones and textures, from Robert’s intricately turned and carved vessels to the abstract visuals of Carol’s canvases and Kim’s ethereal forests.  Thank you to everyone that attended the art show, its a great opportunity to show new work and see what other artists are doing, as well as just hang out!  Some of Colin’s sculptures remain on display at Talisman Gallery. 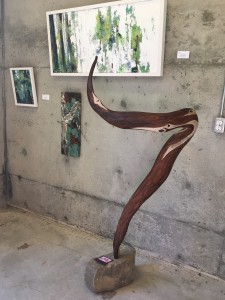 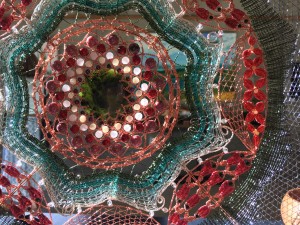 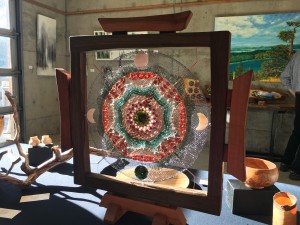 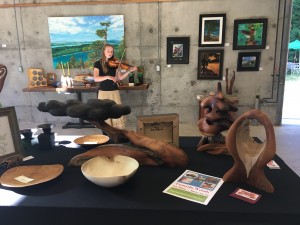 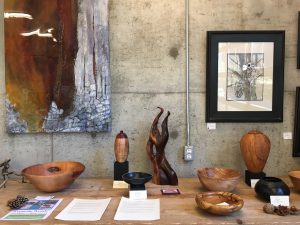