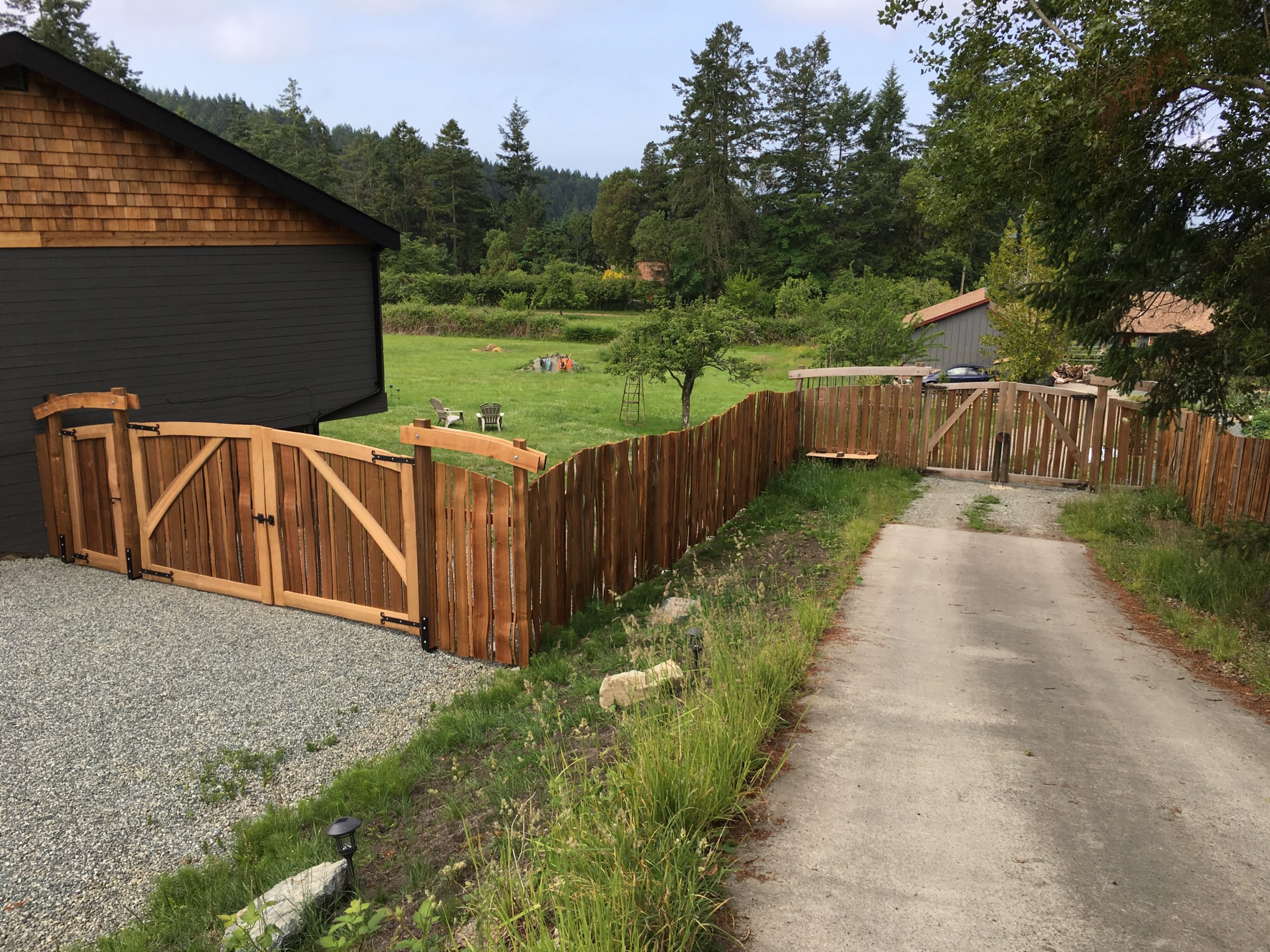 Here are some great neighbours!  One neighbour wanted a nice entrance set of driveway gates and pedestrian gate, and as I built and installed these the neighbour next door decided he wanted a matching set as they share the fence line and it would all be seem continuous from the road.   Both wanted full double driveway gates and a separate pedestrian gate.  I use all salvaged red cedar driftwood I collect to build my gates and fences (well actually I dont work with anything else…).  I started with the fencing structure and double posts on either sides of the driveway gates for extra strength.  I like to put all posts on metal saddles to keep the wood up off the ground, this also gives them strength as the posts are bolted to the saddles which are set in concrete.  I used double boards for the top arbour, again bolted with carriage bolts (though I should have used 2, one above the other at each post to help even more with racking in the structure).  Having two posts on either side of the main gates instead of one I have found really enhances the strength of the structure, so I do this when ever I can (if I cannot, I often use much heavier duty saddles which come higher up the post).

The gates are made from hand split red cedar, with tradional mortise and tenon joinery, glued and pegged with hardwood dowel.  The gate hardware is all designed by me (with client ideas and mechanical input from Jeri), and custom made by Jeri at Thistle Rock Forge.  I like to use strap pintle hinges to hang the gates and heavy duty sprung gate latches for the pedestrian gates.  The first client suggested the style of double gate latch he liked so Jeri & I designed and built it.  We ended up making a second one to match for the neighbour as well!  Both neighbours decided to leave the gates and fencing to silver in the sun.  I love working my way around the neighbourhood (these properties are about 5 houses down the road from my own…).