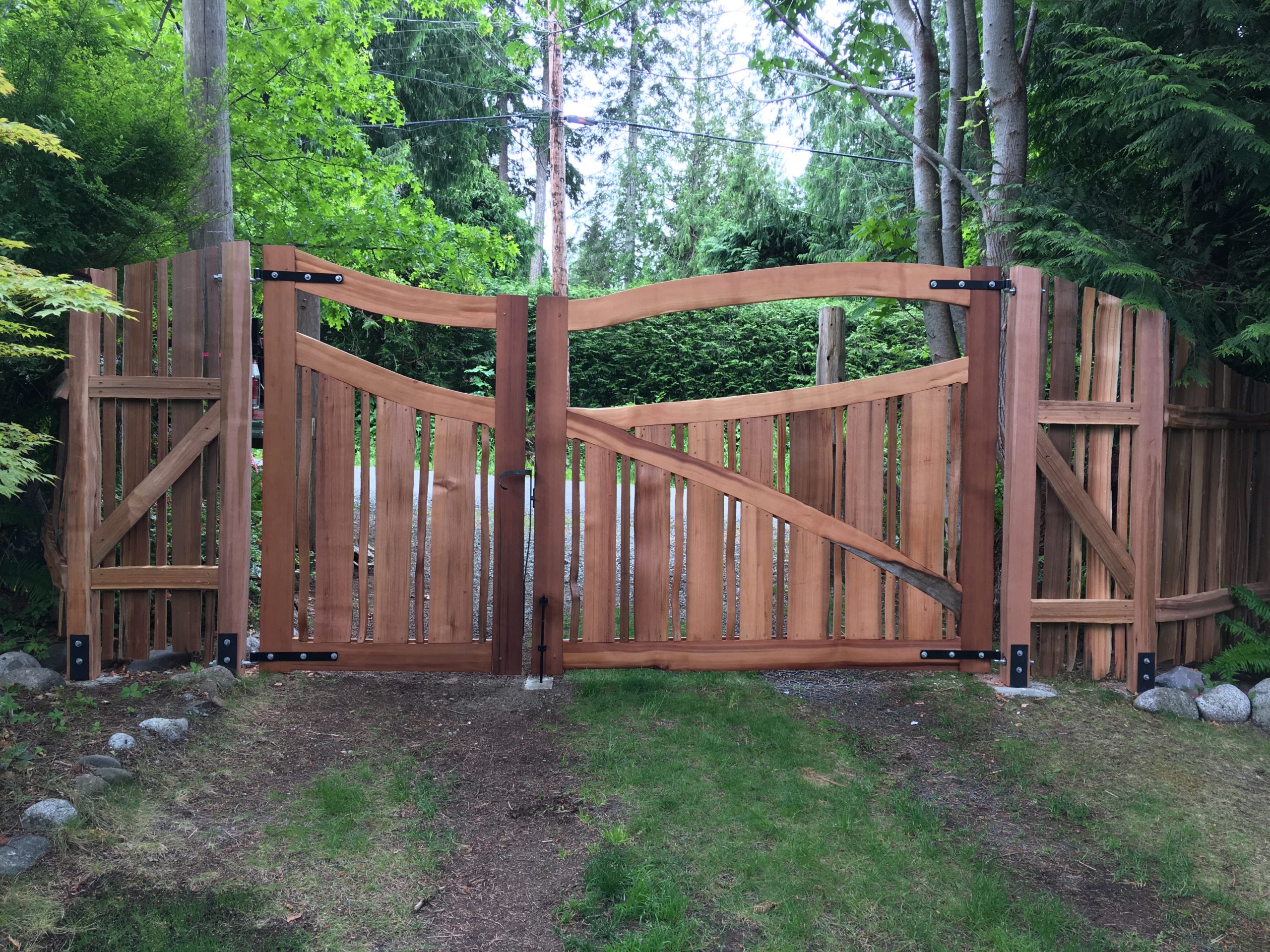 Quadra Island is a beautiful place.  I go there often to visit friends and salvage driftwood on the beaches that are piled with logs (which all come from the logging industry in BC, and have somehow escaped log booms during transport).  I was excited to be asked by some California clients who own a house on Quadra Island to build them some driveway gates.  You might notice that these gates are very similar to another set of gates I did here on Pender Island a couple years ago, which the client used as their inspiration.

The gates are set back off the road just far enough to pull a vehicle off the road completely while opening the gates.   Again I used the double post set up on either side of the gates to add strength to the posts, and transistion to the short sections of fence on either side.  As always the posts are mounted on metal brackets set in concrete to keep the wood off the ground.  All the wood for this project is red cedar driftwood I salvaged at local beaches and split into the lumber needed to build the project.

The gates have a non symmetrical design (one gate is larger than the other) and incorporate both the function of double driveway gates and a single pedestrian gate at the same time.  The larger side is pinned in a closed positon most of the time with a cane bolt, but can easily be opened when needed.  The smaller gate acts as the main entrance and pedestrian gate.  The sprung forged gate latch is between the two gates and is easy to use by pushing down on the handle releasing the latch from the catch mounted on the large gate.  The gate latch is custom made from my design by Thistle Rock Forge.  For this project we used off the shelf strap hinges with threaded rod pintles for mounting through the posts (from the local hardware store) which I painted black to match the other hardware.   The gates are made with mortise and tenon joinery, glued and pegged with hardwood dowel.   These gates are sanded on the main frame and left rough split for the pickets creating a nice contrast and tying the pickets into the fencing beside the gates.  The gates are finished with 2 coats of OSMO UV protection oil finish.